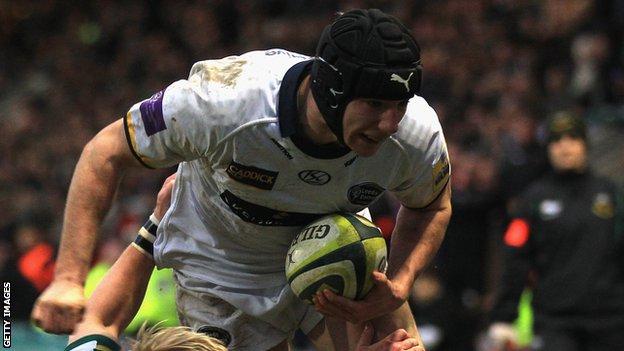 Gloucester have signed Leeds Carnegie flanker Jacob Rowan, but have not disclosed the length of his contract.

The 24-year-old flanker made his Leeds debut six years ago and became their youngest-ever skipper in 2012.

Premiership Gloucester, whose director of rugby ended the season ninth, while Carnegie lost in the Championship play-offs.

"The opportunity arose to have a shot at a higher level and I felt I had to take it," Rowan told BBC Radio Leeds.

"It was a tough decision as I've been at Leeds for 10 years and was honoured to be captain.

"But Gloucester are an established Premiership club and I'm looking forward to playing for them."