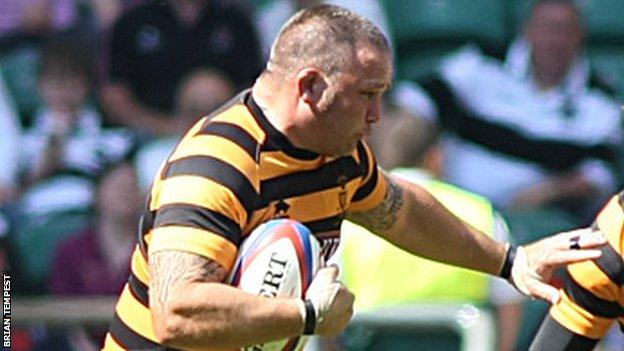 Cornwall prop Darren Jacques says their new coaching team can help the duchy to success in the County Championship.

Graham Dawe and Ian Morgan after

"It's not happened overnight, it's been work in progress year-on-year," Jacques told BBC Radio Cornwall.

"Hopefully with the new coaching staff can take that to another level and progress it even further."

So far former England hooker Dawe, who won the 1991 championship with Cornwall, has led the Black and Gold to under his reign.

They now travel Hertfordshire, who also have two bonus-point wins, in a winner-takes-all clash for the right to play in the County Championship final at Twickenham next month.

"Hopefully we can create the same atmosphere next week and come away with the same outcome," Jacques said.

"We know what we're facing up there, it's a winner-takes-all and I think on the day you've got to handle it.

"They seem like a very young side who want to throw the ball around, we've got a lot of experienced players in our side, so hopefully that'll count in our favour, but on the day anything can happen."