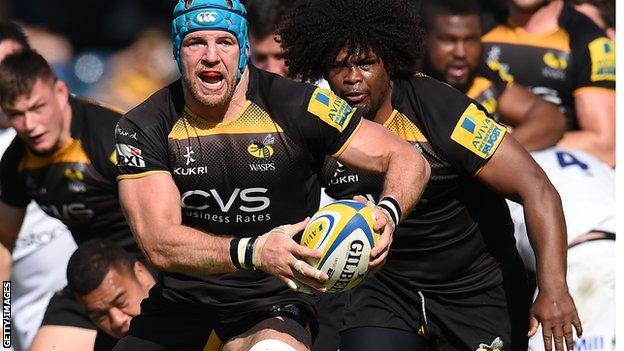 Wasps take a one-point advantage into the second leg of their play-off after Sunday's 30-29 win at Adams Park.

Haskell spent two years with the Top 14 side after his first spell at Wasps.

"I relish the opportunity to play in front of away crowds in built up atmospheres," he told BBC London 94.9.

"We know we have to go and win. The boys go there knowing they have to play well and know that French teams always go well at home.

"If we want to be in Europe we have to win this away game, and we are happy with that."

A last-minute Andy Goode penalty gave Wasps a slender advantage for the return fixture in Paris.

The aggregate winners will clinch the final place in Europe's new top competition next season.

"They have some world-class players, so for us to get the win at home was key," said Haskell.

"It's a great victory and we have to go to Stade Francais and win, and we always knew we had to.