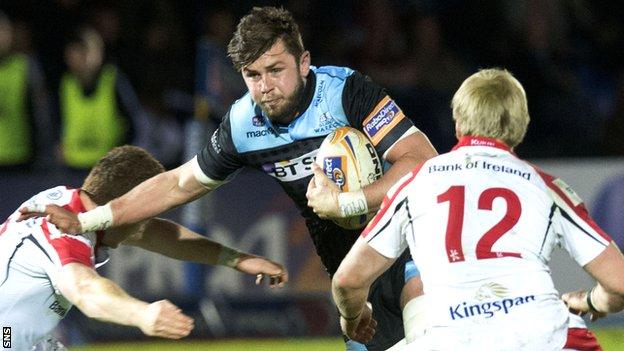 Warriors, who face the Irish side on 31 May, have revealed that the 25-year-old has undergone surgery for a shoulder injury picked up in training.

Wilson is expected to be out of action for several months and will therefore also miss Scotland's summer tour.

Wilson, who has nine Scotland caps and signed a new two-year contract with Warriors last month, last featured for Glasgow in a 27-9 win over Ulster on 18 April.

"Thankfully, it's not the same shoulder he injured last summer," added Townsend. "But it's a setback for him after he's had another very good season with us. We wish him all the best with his rehab."

Scotland play the United States, Canada, Argentina and South Africa during June and it appears likely that Wilson will not be available for selection.