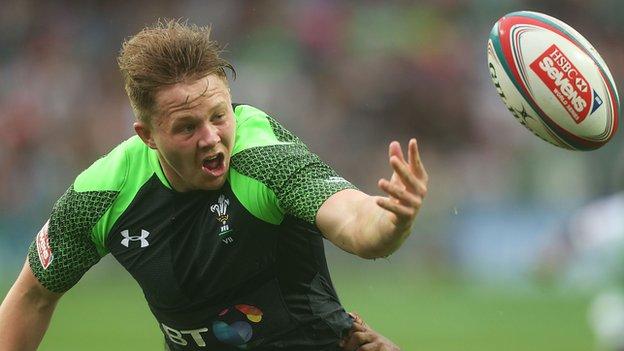 Scarlets have signed the flanker brother of departing centre Jonathan Davies ahead of the 2014-15 season.

James Davies, 23, had been on a dual-contract with Wales Sevens and Scarlets and also played for Carmarthen Quins in the Welsh Premiership.

He has signed a fresh deal with the Llanelli-based team and said: "It's a fantastic opportunity."

The brothers are set to face each other when Jonathan plays for Wales Probables against Possibles in the senior trial at Liberty Stadium on 30 May.

James is in the Possibles squad and, having captained Wales Sevens, is hopeful of joining his brother on the two-Test tour to South Africa in June.

Edwards, 33, returns to Parc y Scarlets after a stint at London Welsh while Jones, 22, has been a part-timer at the region while also playing for Llandovery in the Welsh Premiership.