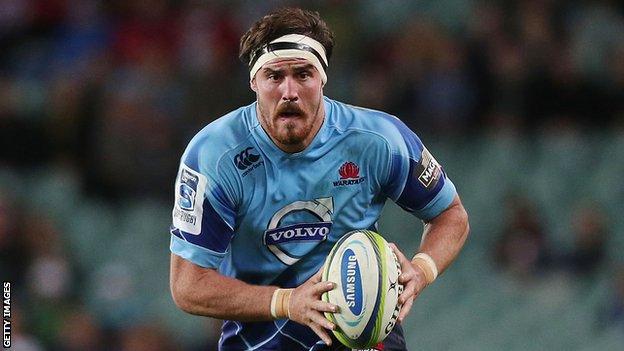 Leinster have announced the signing of Australia lock Kane Douglas from the NSW Waratahs.

The 24-year-old, who has 14 international caps, will join the Irish province in the summer after his contract with Australia has expired.

Leinster are a massive club in Europe with a proud tradition

Douglas will be seen as a replacement for skipper Leo Cullen who is retiring and joining the Leinster coaching team.

"It is a big decision but one which I am very excited about," said Douglas who made his Wallabies debut in 2012.

"I have had plenty of time to weigh things up and the time is right for me and my partner to experience something totally different. We are heading for a new challenge in life and that is what excites us.

"Leinster are a massive club in Europe with a proud tradition and I am really looking forward to doing my bit to add to the team once my commitments are done here in Australia."

The second row, like centre Brian O'Driscoll, will have the chance to end his career on a trophy-winning note as his final game is the Pro12 final against Glasgow in Dublin on 31 May.