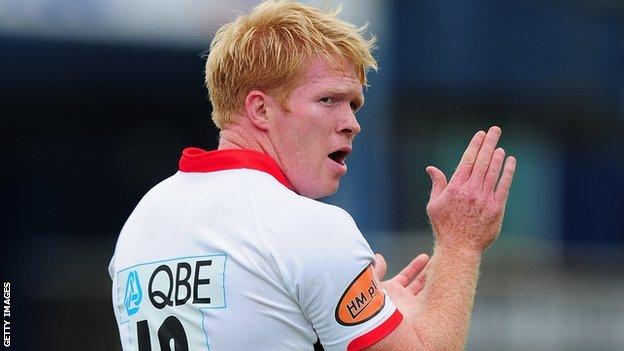 Crockett, 32, started out with Bath in 2001 where he played in a Heineken Cup semi-final and won a European Challenge Cup winners' medal in 2008.

"I was starting to struggle to get by week to week," Crockett told the Rugby Players Association website.

"I think in the end it came down to an accumulation of picking up a lot of injuries throughout my career.

"When you feel like you can't contribute, it's probably time to call it a day."

Crockett only made one appearance from the replacements' bench for the Falcons this season.