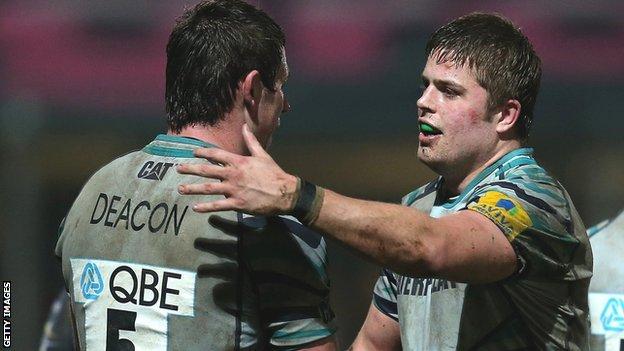 Slater, 25, captained the team in the final third of the 2013-14 season and also earned his first England call-up.

David Mele, Blaine Scully, Adam Thompstone and Gonzalo Camacho are also staying, but details on length of contracts have not been revealed.

Dan Bowden, Michael Noone and Jerome Schuster are all leaving the club.

Director of rugby Richard Cockerill told the club website: "Continuity is always important in our squad and we like to keep the core of players together so they can work and develop together.

"Ed Slater has had an outstanding season while Deacs and Anth Allen are among the most experienced leaders in the group and we're delighted to agree new deals with all three of them.

"They are very important to the squad, on and off the field."