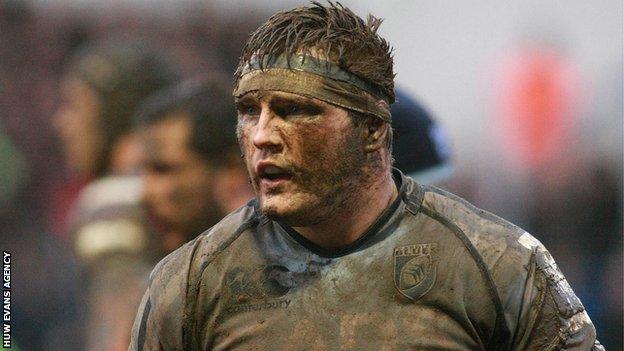 Prop Benoit Bourrust has left Cardiff Blues and hooker Rhys Williams has signed a fresh deal with the region.

Williams, 24, captained Wales Under-20 as he rose through Blues' academy and has made 56 appearances for the region.

He will continue to rival Matthew Rees, Kristian Dacey and Marc Breeze for a place in the team.

Frenchman Bourrust, 28, has played 37 times for Blues, who finished seventh in the Pro12 this season, since his 2012 arrival from Perpignan.

In a statement Blues said: "Everyone at the region wishes Benoit every success for the future."

Williams, who has also played for Pontypridd, said: "I had a few injuries last season stopped me from competing for a place as much as I would like, but hopefully now a good pre-season will put me on the front foot.

"We have a talented bunch of hookers at the region with the likes of Matthew Rees, Kristian Dacey and Marc Breeze so the competition for places will be fierce and that is what we need to keep driving up standards.

"I was pleased to get to 50 games last season. It was a big target for me, and now things are looking up for the future at Blues."

New Zealander Hammett will have Paul John and Dale McIntosh as his assistants.

Williams said: "I know Paul John and Dale McIntosh from my time at Pontypridd so enjoy working with them and they have the respect of the squad.

"We now have a new director of rugby coming in too [Hammett] so the future is exciting for us all."