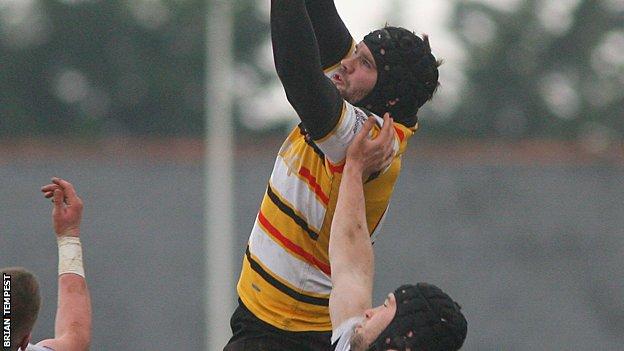 Twelve players from this season's Cornish Pirates squad have been released by the Championship club.

Amongst those are back row Kyle Marriott, who joined the club in the summer of 2010 and missed all of last season with a knee injury.

Lock Gary Johnson has joined relegated Ealing, while has retired because of a knee injury after two seasons at the club.

The club has already lost lock Neale Patrick, who has while fly-half Angus Sinclair has returned to Australia.

Forwards Max Maidment and Jake Parker have also rejected deals, while Connor Fullerton left the club before the end of the season and centre Junior Fatialofa has retired.

The Pirates are hopeful of agreeing a new deal with winger Luke Jones and possibly agreeing terms with back row John Stevens.

"Unfortunately, we are unable to retain the whole squad and, for some, it was a case of being unable to match the offers of other Championship clubs," said Pirates director of rugby Ian Davies.

"With reference to Peter Joyce, it's a great pity that injury has forced him from playing professional rugby.

"During his time with the Pirates he has been a fine servant and one whose game also developed."

So far, the club has agreed deals with 26 players for next season.