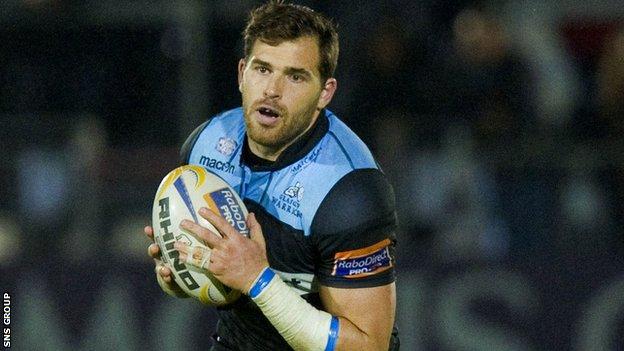 "I'm now one of the oldest players at the club, but I feel good and I want to continue to play at the highest level for as long as possible," he said.

"I'm happy in Glasgow and I'm proud to be playing for this club."

Lamont has made 68 appearances and has scored 120 points over his two spells in Glasgow.

And he hopes to add to that tally in Saturday's Pro12 final against Leinster in Dublin.

"We've had a good season so far but we're not finished yet," added Lamont, who has been included in Scotland's sevens squad for the Commonwealth Games.

"We're all really looking forward to our first Pro12 final this weekend."

The 21-year-old has made three appearances for Gregor Townsend's team this season.

"This will give everyone at the club and our supporters a boost ahead of the final with Leinster," said Townsend.

"Sean has worked hard this season and is in great physical shape. He has played in four different positions in the backline for us and has performed at a consistently high level.

"Rory is strong, quick and has made a number of technical improvements this season. The work he has put in has been transferred into much more control and discipline in his game. It's great news that he's going to continue his development at Scotstoun."