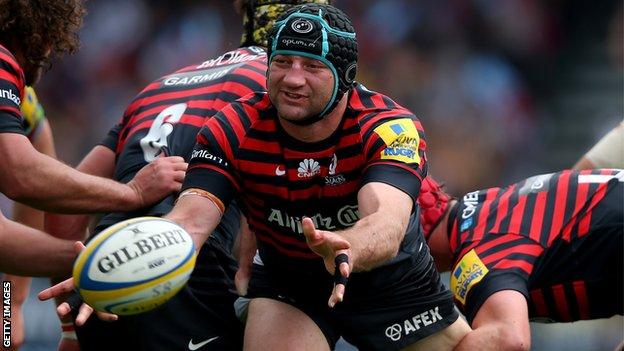 Saracens captain Steve Borthwick will become Japan forwards coach when he retires from playing at the end of the current season.

The 34-year-old, who has 57 England caps, will bring to an end his 16-year playing career following Saturday's Premiership final against Northampton.

He will go on to work under ex-Saracens director of rugby Eddie Jones, who is head coach of the Cherry Blossoms.

"Steve Borthwick, who will be joining our Japan team, has supported us over the past two years as a spot coach," a Japan rugby spokesperson said.

"Being a former captain of England, Steve has a good character and has great trust from the players.

"On the road to the World Cup, forwards will be the key to a successful campaign and we believe Steve as a forward coach will play a vital role."

Borthwick, who captained England on 21 occasions, announced in November he was to retire at the end of the season.

The Carlisle-born forward spent 10 years with Bath before leaving to join Saracens in 2008, and is the Premiership's all-time appearance holder on 264 games.