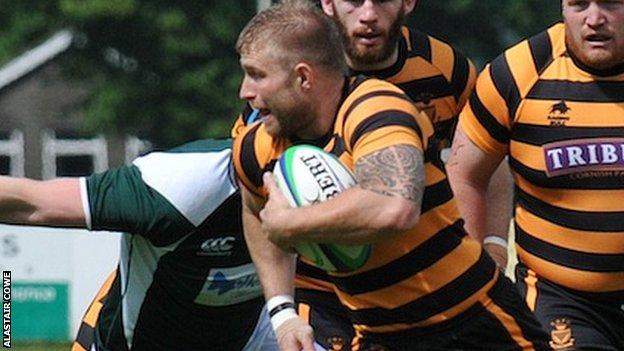 The 28-year-old suffered a shoulder injury in the which earned them a place in the final against Lancashire at Twickenham.

Flanker Chris Fuca is a doubt after hurting his ankle in the win.

"Greg is the fitter of the two, so I think he should be OK, but obviously we can't count our chickens, we just have to see," Dawe told BBC Sport.

"With Chris he's a pretty resilient fellow, so I guess he's going to make every effort to get fit and spend some time this week getting some physio.

"They've been around the scene a while and they've spearheaded the campaign for the last three years and they're pretty tasty players really."

The final will be a repeat of last year when Lancashire lifted the Bill Beaumont Cup after a 35-26 win.