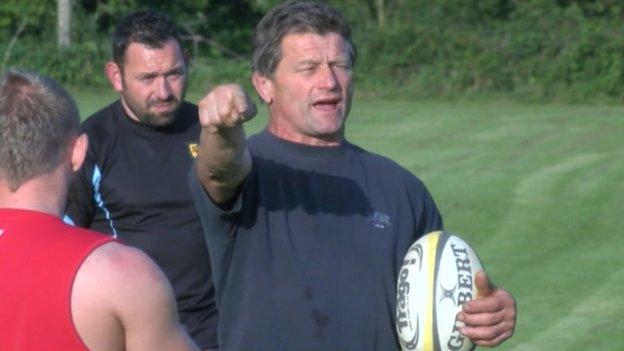 Cornwall coach Graham Dawe says his players must give "absolutely everything" when they take on Lancashire in Sunday's County Championship final at Twickenham.

Dawe reached two finals as a player for Cornwall in 1989 and 1991 and has been involved in seven finals with Devon.

"Whenever I've gone to Twickenham for a final I've given it absolutely everything," Dawe told BBC Sport.

"You can't hold back, you don't want to have any regrets."

The former England hooker also played in eight cup finals at Twickenham with Bath in the 1980s and 90s, so is well versed on big days at English rugby's headquarters.

"I've done lots of things in rugby and been to many finals at Twickenham, so it's not something new to me.

"Hopefully the players don't become too complacent or miss the opportunity of what it's all about," he added.

Cornwall are unbeaten since Dawe from

They beat Devon to in his first game in charge before beating and to make a second successive final.

The final will be a repeat of last year's when Lancashire lifted the Bill Beaumont Cup after a 35-26 win.