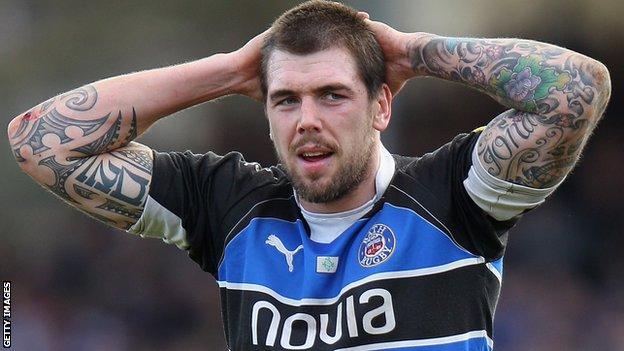 The 29-year-old arrives at Sandy Park after long-standing locks and were both forced into retirement with injury this season.

The former Ulster forward won two caps for his country in 2009.

"I like the brand of rugby that the Chiefs play and hopefully I can go down there and play a big part for them next season," said Caldwell.

"It's a great move for me and one that I am very much looking forward to."

Caldwell played with Exeter fly-half Gareth Steenson as a youngster and was a team-mate of Chiefs centre Ian Whitten at Ulster.

"It'll be good to have a few friendly faces to welcome me in when I join up with the rest of the guys," added Caldwell.

"The team spirit you can see is great down at Exeter and it comes through so often in their performances on the pitch."

The forward is the latest international to arrive at Exeter for next season, with and having agreed deals already.

The club has also signed forward and from Championship clubs London Welsh and London Scottish.

"I think Ryan is a really good signing for us. I have kept an eye on him ever since he came over because we were interested in signing him when he came over from Ulster, but we were never really in the market for him," said Exeter head coach Rob Baxter.

"Since then I have watched him over a number of seasons and when he first came over he played really well for Bath.

"He has had some injury issues, but they are behind him and he is fit and ready to play. We feel it's a great opportunity for Ryan to show what he can do."