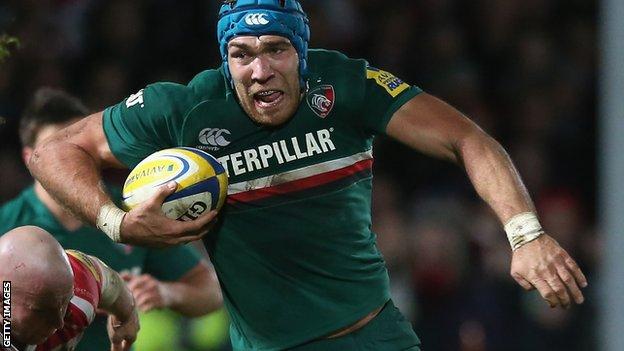 Leicester lock Graham Kitchener will captain an inexperienced England XV against the Barbarians on Sunday.

The uncapped second row has Exeter fly-half Henry Slade, 21, as his vice-captain, while Joe Lydon is coach.

The Baa-Baas squad for the game at Twickenham will be captained by Lyon flanker Juan Manuel Leguizamon.

The Argentine leads a squad drawn from nine different nations with more than 700 international caps between them.

England head coach Stuart Lancaster has picked a separate 30-man squad to tour New Zealand, with players from Saracens and Northampton set to be added after the Premiership final on Saturday.

The Baa-Baas' coach for this Sunday's game is Worcester director of rugby Dean Ryan, 25 years on from when the then-uncapped former England forward pulled on the famous black and white shirt, against the All Blacks at Twickenham.