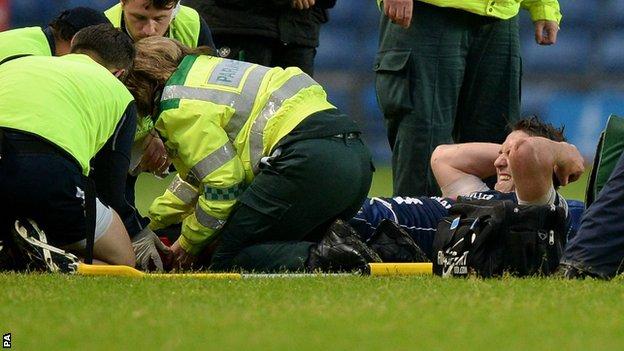 Wales forward Ryan Jones looks set to miss his country's summer tour of South Africa because of an ankle injury.

The former captain, 33, sustained suspected ligament damage while playing for Bristol on Wednesday.

Jones, tipped to be on the stand-by list for the two-Test tour, was due to be assessed on Thursday, although club officials expect the 75-times capped international to have an operation.

Wales have already lost a host of key players to injury.

Lock Bradley Davies is almost certain to miss out as well because of a hamstring injury.

The Wales squad will be announced on Friday night after a trial match at Swansea's Liberty Stadium.

Bristol were beaten 27-8 by London Welsh on Wednesday in the first leg of their Championship final.

The return leg at The Memorial Stadium is next Wednesday.