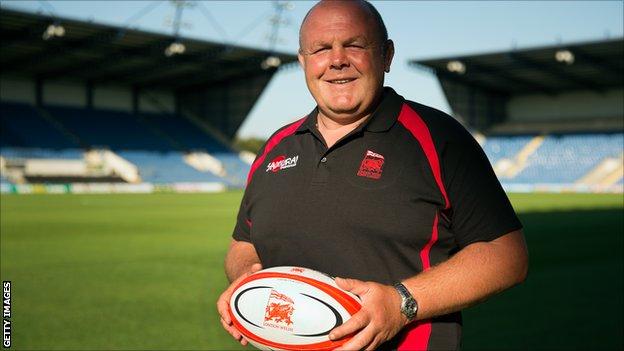 London Welsh head coach Justin Burnell has warned his side that their mission to bounce back to the Premiership is only half done.

Welsh hold a 19-point advantage over Bristol going into Wednesday's second leg of their Championship final.

"It's only half a job done," Burnell told BBC Radio Oxford.

"We wanted to set a platform but this is only half a job - and you will see more of us next week and we will be better again."

Welsh defeated Bristol 27-8 earlier this week, but captain and centre Tom May expects the return leg at a sold-out Memorial Stadium to be less one-sided.

"It's difficult as we are not used to two-leg games," May told BBC Radio Oxford.

"Bristol will no doubt come back as they are an excellent side. We played the conditions exactly right and boys deserved it.

"We won't get carried away though, we have another massive challenge in Bristol.

"You need a little bit of luck, but we played in the right areas and we've got a tough mental test coming up because they will come for us."

Nick Scott was among the try scorers on the day and paid tribute to his side's work ethic on Wednesday.

"Bristol are a great team but we felt confident," he said. "Our honesty and hard work paid off, but if we don't back it up next week then it counts for nothing.

"We can't go to the Memorial Stadium thinking it's job done."