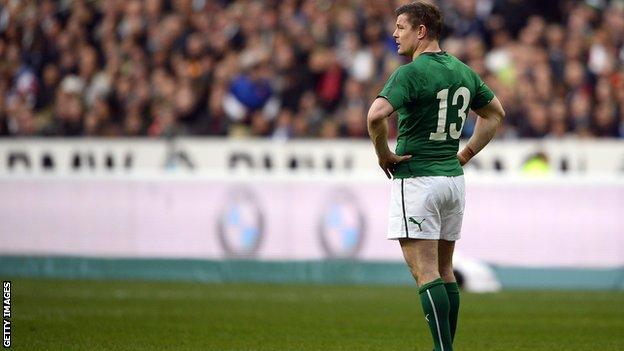 When Jack Kyle, a fly-half of rare brilliance, played his last game for Ireland in 1958 there was a feeling in the country that his like would never be seen again in the green jersey.

But an heir came along, and he came along quickly.

Mike Gibson, another Ulsterman, burst on to the scene six years after Kyle departed. Sure, he played in Kyle's position many times but it was in the midfield where he was at his staggering best.

Gibson was a creative genius, a 15-year phenomenon in the Ireland team and, like Kyle before him, a celebrated Lion.

He played his last Test in 1979 and again the eulogies had a note of foreboding. It wasn't so much a case of when the next Gibson was going to come along, but if. Would there ever be another capable of slicing a defence to ribbons and winning matches with skill and invention?

This time the wait was a lot longer than six years. And a whole lot more painful.

There was a 20-year gap, then along came Brian O'Driscoll, a young lad from Clontarf on the northside of Dublin whose father played in the centre for Ireland in Argentina in 1970, but whose appearances have no place in the record books.

O'Driscoll was a reluctant rugby player to begin with. He liked his Gaelic football, his soccer and his golf. He came to rugby only in secondary school at Blackrock and hardly excelled.

His big mate on that Blackrock team was Ciaran Scally, a scrum-half. Scally was the one that everyone talked about and admired. O'Driscoll had talent, for sure. But the star quality lay elsewhere. Not many would have predicted greatness for the young man of 17.

But greatness it has been, and on Saturday it ends when he plays for Leinster in the Pro12 final against Glasgow in Dublin.

The finest career in the history of Irish rugby. The most coruscating player. The biggest influence. There's a certain symmetry in his story in that it all started with a Test match in Australia in 1999, the same country where it all ended for Gibson.

And the comparison extends. Gibson emerged in an era of unremitting gloom in Irish rugby. In the four years leading up to his debut the national team only won twice. They finished last in the Five Nations of 1960, 1961 and 1962, and second last in 1963. Then Gibson came along and things slowly got better.

O'Driscoll had the same profound impact, the only difference being that Ireland were in a far bigger hole when he appeared on the scene than they ever were before. 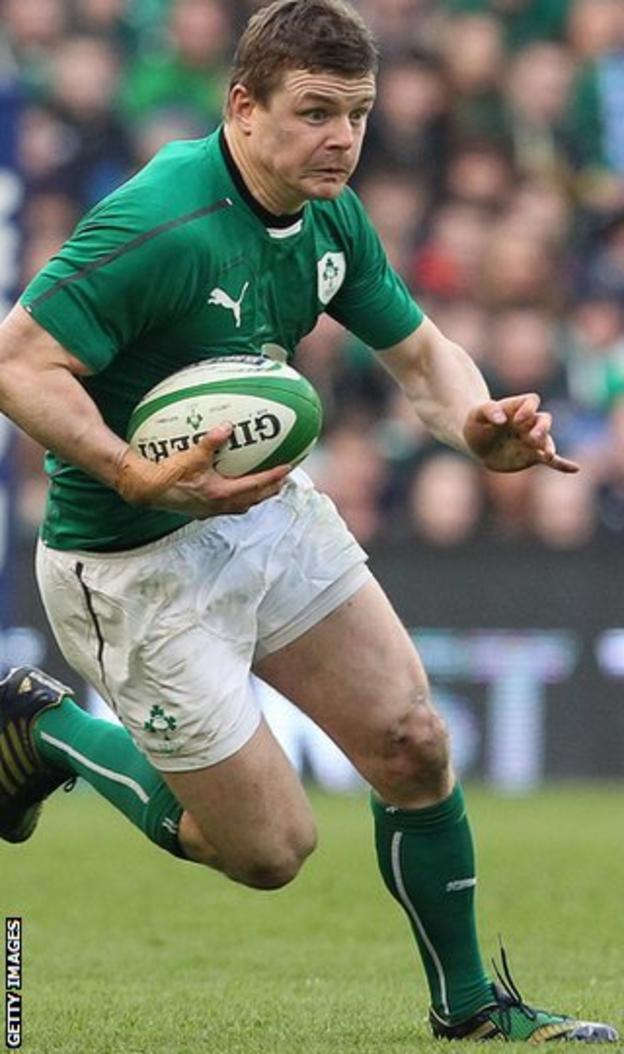 The 1990s were the worst decade of all. They won eight games out of 40 in the Five Nations. For 10 straight years - or 12 if you wish to include 1988 and 1989 - Ireland finished either last or second-last in the championship. They won 12.5% of their Tests against their fellow top-10 nations.

Coaches were hired and fired, sometimes in the most brutal way.

The IRFU was a law unto itself. Players would get woken in the middle of the night before a Test match by some inebriated union men playing cops and robbers in the hallway outside their bedroom. They set off the fire alarms in the dead of night with their antics.

Then they sat in judgement of the team and dispensed with the coach. The 1990s were farcical. Those of us who reported on Irish rugby at the time still bear the scars.

O'Driscoll was only a 20-year-old boy when he came into the team in Brisbane in the summer of 1999, but in his own shy way he was already a leader.

The experienced, battle-weary players such as Keith Wood, Peter Clohessy and Mick Galwey fed off his positivity and his ability. He lifted them out of the mire not in what he said but in what he did.

Here was a kid who had no baggage, who knew nothing of how wretched the 1990s were, who played with elan and inspired the old dogs around him, so many of whom had become resigned to their fate of being losers. Everybody had. Players, supporters, journalists.

In the worst of times the reporters would gather and wonder about their job security. How long would their employers continue to have rugby correspondents when the rugby was so pitiful?

The first great landmark on O'Driscoll's road to pre-eminence was, of course, the hat-trick in Paris in 2000 that brought victory in a city where Ireland hadn't won for 28 years.

Then there was the Lions tour of 2001 and the try from the end of the world in the first Test in Brisbane that made him a global name rather than one revered only in his homeland.

The tries are what we remember, but the complete nature of his performances in defence as much as attack marked him out as special.

A cavalry of quality arrived soon enough. Ronan O'Gara, Peter Stringer and Shane Horgan in the first wave. Then Gordon D'Arcy and Paul O'Connell. Then others in a steady flow. But it all started with O'Driscoll.

His wondrous ability was just one part of his armoury. It wouldn't have been enough if it hadn't been for his mental strength. He endured some bitchiness in Ireland, some begrudgery about his success in the middle of the noughties. The tall poppy syndrome didn't last long but it existed and people forget that now.

When he was spear-tackled out of the Lions tour in 2005, a tour he led as captain, he spent six months on the sidelines with a dislocated shoulder. Five matches into his comeback he played arguably his finest game of all, against Bath in the Heineken Cup of 2006. He won a Triple Crown that season, too.

When he suffered the disappointment of being omitted from the pivotal Lions Test in Australia in 2013 he responded by winning the championship with Ireland in 2014. In between those two Lions experiences his body rebelled on occasion and there were times when you thought that the end was nigh.

But he always came back. Always.

After Saturday, there will be no more comebacks.

People will say, as they said before, that we'll never see one as good as him again in Ireland. We probably will. The question is when? And how many of us will be alive when it happens?