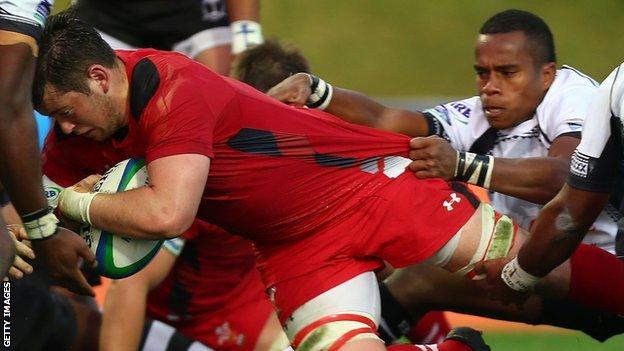 Wing Dafydd Howells went over early on for the first of Wales' five tries.

The South Sea Islanders had two players sin-binned as Wales' forward pressure told with lock Lote Nasiga banished in the 24th minute and try-scorer Robarobalevu following as half time beckoned.

Wales team manager Mark Taylor said: "We gave Fiji a lot of respect for what they can do in loose play so worked hard on our set-piece and tight play.

"Our pack did an excellent job, with Fiji often unable to cope with the pace, their infringements in the driving line-out leading to two yellow cards.

"It was tough in places, and our defensive organisation needs some work, after conceding three tries.

"However, the bonus point win is exactly what we needed to get the tournament off to a good start, it gives us a good platform to work on."

Wales U20 face their Irish counterparts on Friday, 6 June in Group B and finish that stage against France U20 on Tuesday, 10 June.

France U20 beat Ireland U20 19-13 in their tournament opener in Auckland.

Wales lost to England in the 2013 final and reached the last four in South Africa in 2012.