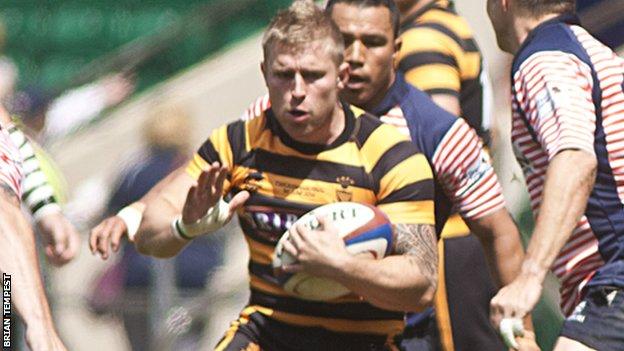 Cornwall let in three tries in 10 minutes to throw away a 16-point lead.

"We made five or six substitutions and the game changed," Goodfellow said.

"Anybody watching that saw the spine of the team come off and when you take off your two, your eight, both half-backs and your out-and-out pace man on the wing, it does have an effect."

The Duchy went down to at Twickenham.

"Fair play to the boys who came on, they gave it 100%, you can't criticise anybody," the Redruth scrum-half told BBC Radio Cornwall.

"You have to play with what you've got and unfortunately we came up short again, so we have to learn from it.

"We made a few substitutions, it's maybe not the best time to say it, but it definitely had an impact on the game.

"But that's rugby and you go by the decisions of the coaches and that's final."

Cornwall skipper Ben Hilton said the changes did have an effect, but believed they were made with the best intentions by coaches Graham Dawe and Ian Morgan.

"When things happen and they go right it's obviously a good call and when they go wrong you can point the finger at all sorts of things.

"We had a penalty, we missed that, we made a key defensive mistake and they scored from that.

"They're a great side and they can score form anywhere and they make you defend hard and when you're blowing you make mistakes or you concede penalties."