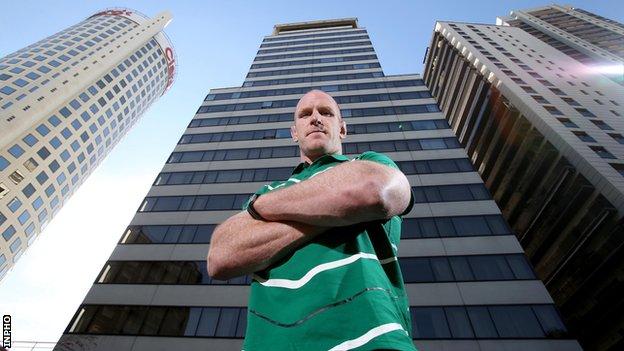 Ireland captain Paul O'Connell insists the decision by forwards coach John Plumtree to return to New Zealand will not impact on their tour of Argentina.

The Irish squad touched down in Buenos Aires on Monday for the two-match tour.

While O'Connell is disappointed Plumtree will be moving on after the tour, he said the work has been done for the Test games against the Pumas.

"He's very professional and he's very well prepared for this tour as we all are," said O'Connell.

Plumtree confirmed on Sunday that he will be returning to his native New Zealand to be closer to his family on the conclusion of Ireland's summer tour, and will take up a coaching role with Wellington Hurricanes.

"It was great to get a guy with such experience to get the job and such great personality as well," said O'Connell.

"He's a fairly laid-back guy and very experienced - he was great. It helped me to be able to share ideas and discuss ideas with him so the disruption is just trying to find someone of similar calibre to replace him with, with the World Cup looming."

The 34-year-old feels the tour presents a good opportunity for several players to stake a claim for a starting place.

Although the Pumas have rested most of their European players, O'Connell believes they will face a tough task in the Test matches in Resistencia and Tucuman over the next two Saturdays.

"A lot of the players that play in the Rugby Championship for them won't be involved, but we're playing an Argentinian team that has played I think, eight or nine games together since March and they're unbeaten," he said.

"They won the CONSUR Cup, the Pacific Rugby Cup and they just beat a South American XV last week. They've spent a lot of time together, played together a lot so it's going to be very tough for us."