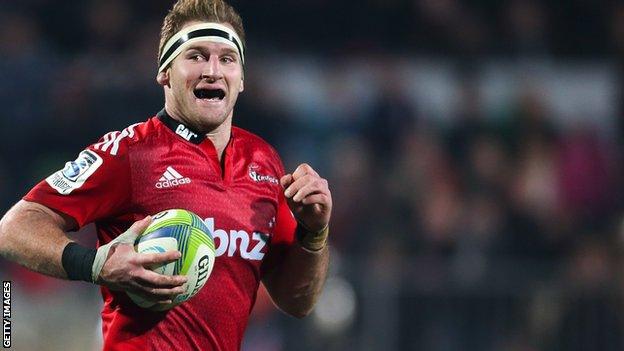 New Zealand forward Kieran Read has been ruled out of Saturday's first Test against England in Auckland.

The number eight, who last Saturday played his first game since suffering concussion in April, woke up on Monday "not feeling the best".

All Blacks coach Steve Hansen said: "We're not prepared to risk him playing. That's our decision, not his."

Wing Julian Savea is a doubt for the first game of the three-Test series because of a knee problem.

Read, the International Rugby Board world player of the year, made his comeback for club side Crusaders on Saturday but suffered a recurrence of his symptoms.

Hansen added: "Long term, I'm not too concerned, but we're just not prepared risk him this week.

"He's frustrated, as you would be, but we're very lucky we've got capable people who can fill his place."

Jerome Kaino or Victor Vito could replace Read for the world champions at Eden Park, while Steven Luatua has been drafted into the All Blacks training squad.

New Zealand will be without open-side flanker Sam Cane for the series, with Matt Todd called up in his place.

The second Test in Dunedin takes place on 14 June before the series finale at Hamilton on 21 June.