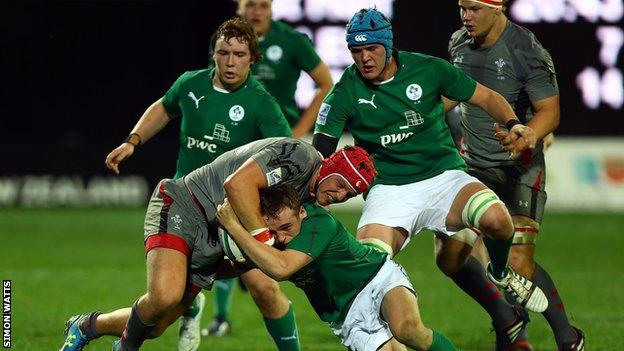 Ireland led 17-14 at the half after Rory Burke and Garry Ringrose tries and a Ross Byrne penalty. Wales' reply came from Tyler Morgan and a penalty try.

James Benjamin's try put Wales 21-17 up early in the second half before Ireland scored 18 unanswered points.

Ireland's Peter Dooley and Alex Wootton and Wales' Jack Dixon were all yellow-carded.

Wales U20 head coach Byron Hayward said: "We are bitterly disappointed with the result and performance against Ireland, especially as we got back into the lead after a disastrous start.

"We made too many silly errors behind the scrum which you can't afford to do at international level.

"We have three games left in this competition, whatever happens, and we have to focus on performing as well as we possibly can in all our remaining matches in order to finish as high as possible in the final table."