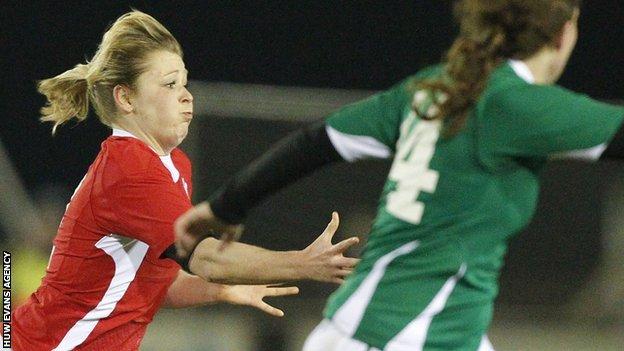 Prop Cerys Hale, centre Adi Taviner and wing Rafique Taylor have been named in Wales Women's squad for the 2014 Rugby World Cup in France in August.

Neath Athletic's Taviner is back after a two-season absence.

Uncapped Hale, who can also play in the second-row was an unused Six Nations squad member.

Taylor missed out on the Six Nations but has since impressed head coach Rhys Edwards, who has left out Ffion Bowen, Vicky Owens and Hannah Jones.

Edwards said: "Hannah is still only 17 so she has plenty of time on her side to play in future World Cups while Vicky and Ffion were unfortunate to be in positions which were hotly contested.

"Adi's inclusion is not a gamble at all as she has been on our radar for some time even though she hasn't been playing international rugby.

"She has been playing really well and is in a good place plus she covers centre and the back three."

Twelve of Edwards' 26-strong squad play for teams in England

Wales' tournament pool stage begins against the hosts in Marcoussis on Friday, 1 August.

Matches follows against Australia, on Tuesday 5 August and South Africa on Saturday, 9 August.