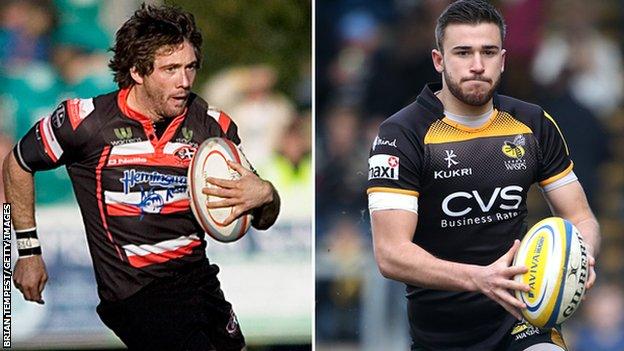 Bell, 21, can play anywhere across the backline and played 32 times for Wasps in two seasons.

But he rarely played in the past three years, having appeared just twice for Gloucester and six times for Leeds last season and rarely featuring in his final two seasons at the Pirates as he struggled with a number of injuries including problems with his Achilles tendon and abductor.

"I'm looking forward to working with him again and believe he will help us develop our attacking back play."

Bell has scored 86 points for Wasps in his career having played in the Premiership and Europe.

He is a former England Under-20 international who began his career with Sale before moving to Wasps in the summer of 2012.

"Tommy is a really exciting prospect and wherever he plays in our back-line I expect his pace and goal-kicking ability will make him a real asset to the team," said Biljon.

The pair are the latest recruits to the Jersey squad as they look to improve on two successive seasons where they avoided relegation from the Championship by one place.

The club have brought in Tonga forward Paula Kaho and Nick Haining from Western Force as part of 12 new signings for the 2014-15 campaign.

Jersey's team return from their summer break next week.

They are due to face Ayr, Bath and Blackheath in their pre-season matches before the start of their league campaign in September.