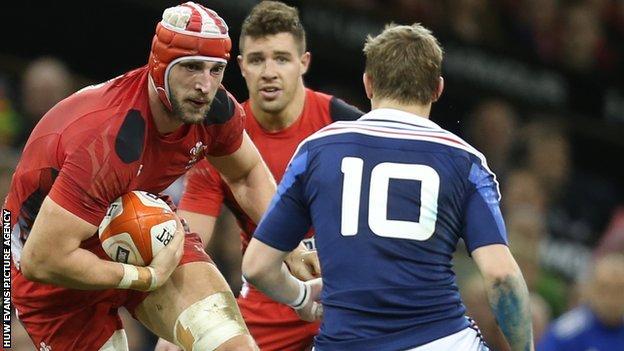 The former Newport Gwent Dragons player moves from Perpignan after they were relegated from France's Top 14.

The 31-year-old, who left the Dragons at the end of the 2011-12 season, is part of the Wales squad in South Africa for a two-Test summer series, which begins in Durban on 14 June.

Perpignan's relegation was confirmed when they were beaten 25-22 by Clermont Auvergne and Oyonnax earned a losing bonus point in a 19-17 defeat at Brive. Biarritz also went down.

Charteris was one of a number of signings announced by the French side.

Charteris, capped 46 times, is in South Africa with Wales preparing for the match against Eastern Province Kings on 10 June in Port Elizabeth.

The second Test against South Africa is on 21 June in Nelspruit.