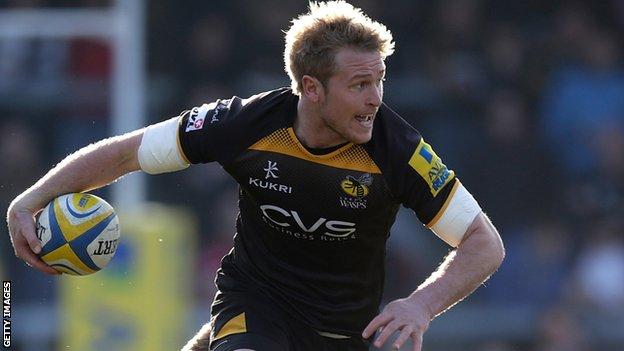 Wasps have released fly-half Joe Carlisle, only 12 months after he arrived from Worcester.

But the 26-year-old would have faced a battle for the 10 shirt next term with Andy Goode at the club and Ruaridh Jackson and Alex Lozowski arriving.

Wasps director of rugby Dai Young said: "Joe is a talented player who I am sure will do a good job for whichever club he decides to join from here."

Carlisle added: "I have been fortunate enough to have made friends for life during my time at Wasps and I'm sure that great things are just around the corner for the club."

"Rory is a talented player who is a destructive ball carrier," said Young.

"He was unlucky to miss a large chunk of the season after tearing ankle ligaments and he really impressed me with his attitude and commitment to return from injury."