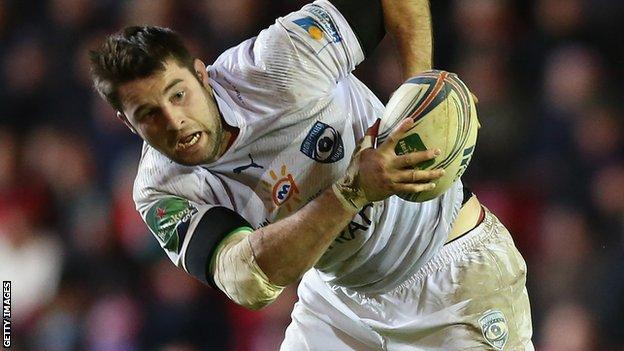 Castres Olympique have confirmed the signing of Scotland back-row forward Johnnie Beattie among seven additions to their squad for next season.

The 28-year-old has arrived on a three-year contract after ending a two-year spell with French Top 14 runners-up Montpellier Herault.

Castres, who finished sixth, have recruited two others from their rivals.

Both are on the national squad's summer tour and were in the starting line-up for Saturday's 24-6 victory over the United States in Houston.

Beattie, who can play at flanker and number eight, spent eight years with Glasgow Warriors before moving to Montpellier.

Despite finishing sixth in the French top flight, Castres progressed to the play-off final, losing 18-10 to table-topping Toulon.