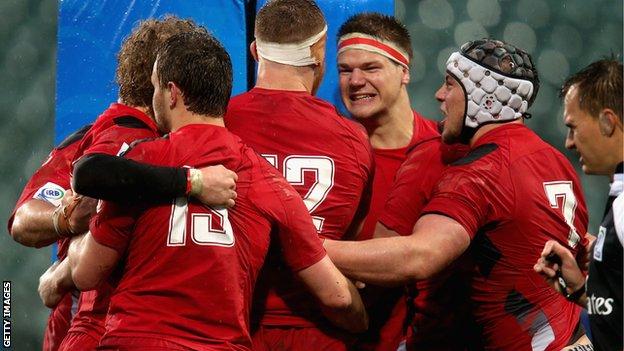 Wales Under-20s have missed out on a semi-final spot in the Junior World Championship despite beating Grand Slam champions France.

Byron Hayward's side led 6-3 at the half thanks to two penalties from Angus O'Brien with a reply from France's scrum-half Baptiste Serin.

Scrum-half Tom Williams scored the only try of the match on 53 minutes, which was converted by O'Brien.

Ireland finished top of Group B ahead of Wales, who drop into the play-offs.

Wales U20 team manager Mark Taylor said: "It was an excellent performance all round today. The boys stuck to the task and showed a huge amount of desire and commitment. We put some good defensive phases together and we took our one scoring opportunity well."