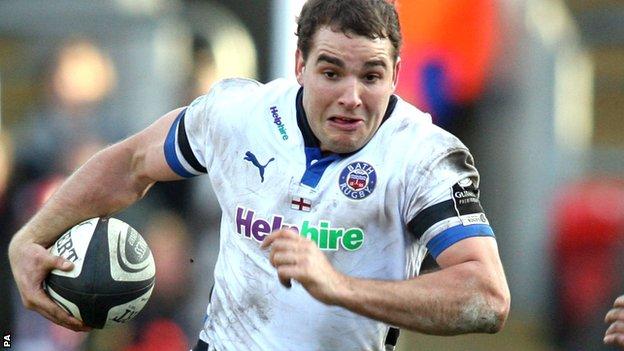 London Welsh have signed former England fly-half Olly Barkley ahead of their return to the Premiership.

Capped 23 times by England, Barkley, 32, arrives at Welsh after a four-month spell with the Scarlets, where he made eight appearances after joining from French Top 14 club Grenoble.

He also spent a season at Racing Metro after leaving Bath in 2012.

"There looks to be a spirit amongst the group that I can't wait to be involved with," said Barkley.

"I'm looking forward to getting stuck in to the challenge of the Premiership with them all, and helping the club further establish itself at the Kassam Stadium and in Oxford."

Barkley, who has scored 1,588 points in 181 Premiership appearances for Bath and Gloucester, added: "I'm really looking forward to being part of what looks to be a great coaching team and a talented group of players for London Welsh's return back to where they should be - in the Premiership."