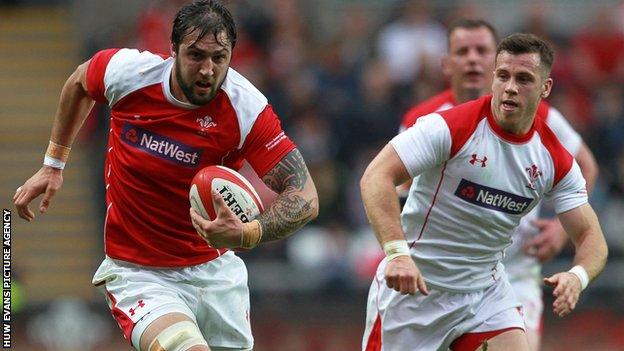 Warren Gatland's men face the provincial side in their warm-up match ahead of two Tests against South Africa.

The 26-year-old back-row said: "We'll have to see what they bring, but I'm sure it will be hostile.

"Playing out in South Africa, everyone seems to say it's pretty hostile whoever you're playing against."

Turnbull, who is set to win his sixth cap, said he expects a similar reception to the bruising one given to the British and Irish Lions by the Southern Kings in 2009.

"I'm not expecting anything different either," he added "they've got nothing to lose, obviously we're an international team going out against a provincial team and we've got to go and show we're the better team."

The Scarlets player, who will join Cardiff Blues after the tour, said Wales had to be cautious when it came to the Springboks pack but believed the visitors had players who could trouble the hosts.

"We've got a lot of talented backs... we can cause some problems for them and hopefully that's what we can do on Saturday."