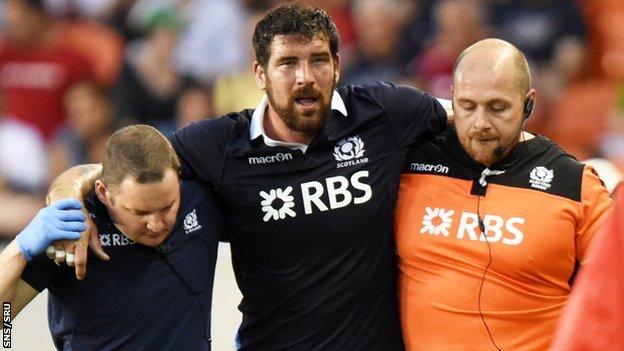 Taylor injured a calf, while Hamilton damaged an ankle during the 24-6 weekend win over United States.

Centre Horne and lock Swinson were due to join the squad for matches against Argentina and South Africa.

But the Glasgow Warriors pair will now be available for Saturday's match against Canada in Toronto.

Scotland head coach Vern Cotter said: "This is obviously disappointing news for both these players who were keen to impress in the short time they had on this tour.

"It's now up to Peter and Tim to continue the hard work put in by Duncan and Jim and take advantage of this opportunity as we prepare for another Test match."

After Saturday's match at BMO Field, the Scots will fly to Argentina to face the Pumas in Cordoba on 20 June, followed by South Africa in Port Elizabeth on 28 June.