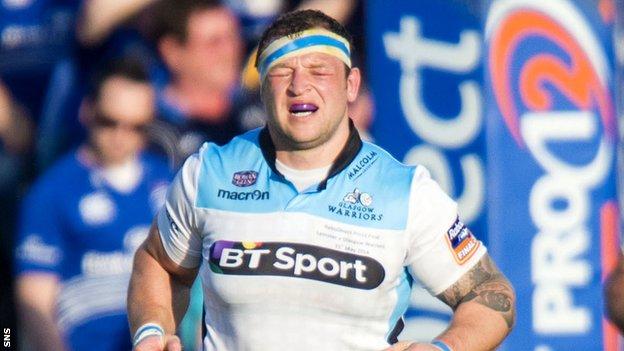 Scotland forwards Ryan Grant and Dougie Hall have had surgery that will keep the Glasgow Warriors pair on the sidelines for a number of months.

Hooker Hall injured an arm during Glasgow's Pro12 final defeat and will be "out of action for several months".

Both players had been left out of Scotland's summer tour squad, which was announced before the final.

"They've both played a lot of rugby this season and are key members of our squad."

The 28-year-old Grant, who was part of the British & Irish Lions squad last year, was restricted to the replacements' bench as Glasgow lost to Leinster last month and will now almost certainly miss the start of next season.

Hall could recover in time for the start of the next campaign.

Glasgow announced last week that captain Al Kellock also had surgery on a shoulder injury and is expected to be out of action for "several months".

He too was absent from new Scotland coach Vern Cotter's first international squad for matches in the USA, Canada, Argentina and South Africa.