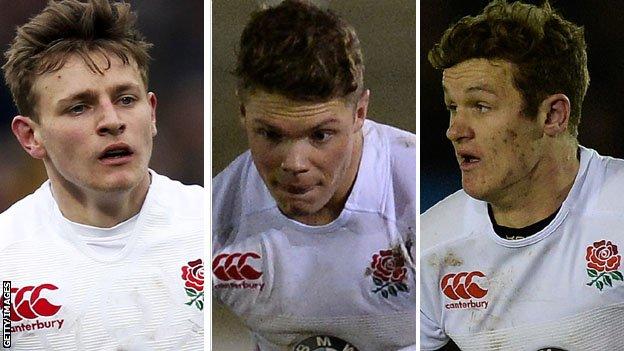 All three 20-year-olds are currently away in New Zealand with England U20s for the Junior World Championship.

Braley played 15 games in all competitions for Bristol last season while Purdy was a member of Leicester's academy set-up.

Burns has made eight first-team appearances for Gloucester.

He is the younger brother of England and former Cherry and Whites fly-half Freddie Burns, who will join Leicester this summer.

Braley will captain England as they prepare to defend their title in Friday's final against South Africa.

Purdy made his first team debut for the Tigers against Saracens in November 2012 having started his rugby career at London Wasps.

He was dual registered with Championship club Nottingham for most of the 2013-14 campaign.