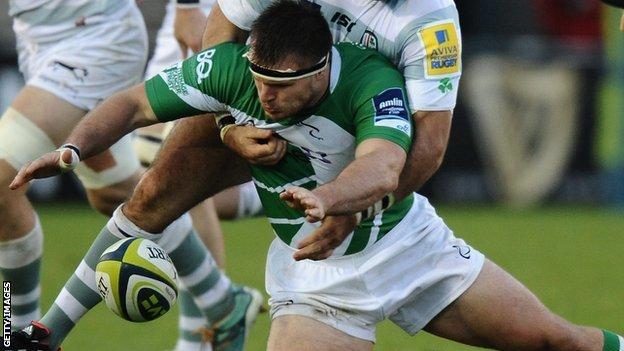 The 24-year-old, who has represented Scotland through the age groups, has played 53 league games for the Falcons since his debut in the 2009-10 season.

He will contest a place in Bath's squad against fellow loose-heads Paul James, Nathan Catt and Nick Auterac, who arrives from Saracens this summer.

"Bath have got a great coaching team and are clearly building towards the future," said Shiells.

"There are some very talented players in the squad, and I'm looking forward to getting involved and developing myself as a player."

"We see him fitting in well with the club and our plans for the future. He's got a lot of potential in him, and we're looking forward to seeing him push on."