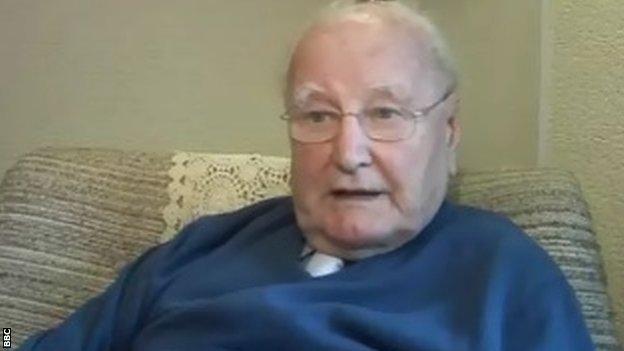 Handel Greville, who was the oldest-living Wales rugby union international, has died at the age of 92.

The former Llanelli scrum-half won his only cap for Wales in a 6-0 win over Australia in December 1947, selected in place of the injured Haydn Tanner.

In 2008, aged 87, he was the oldest living captain to attend the final game parade at Stradey Park.

Greville was born in Drefach and played for clubs including Carmarthen Athletic RFC and Swansea RFC before joining Llanelli.

He captained the team in the 1948/49 season and later served as secretary, chairman and president of Llanelli RFC - the only man to hold all three positions.

Scarlets expressed their deepest sympathies following his death and the club said Greville's funeral will be held in his home town.