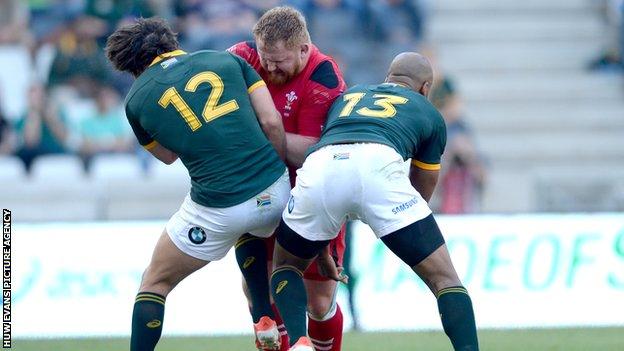 Lee, 21, will miss the first three weeks of Scarlets' Pro12 season and friendlies against Bath and Gloucester.

He was cited for the incident, which saw his opponent receive treatment for a blood injury.

But the ban was halved because of Lee's admission of reckless conduct, his youth and his remorse at the hearing.

Citing commissioner James Absalom from Kenya cited Lee under law 10.4 (a) - striking or punching an opponent.

Lee was given his first Wales start in the second Test in Nelspruit, replacing Adam Jones.

Wales lost the two-Test series 2-0, losing 38-16 in the first Test in Durban before an agonising 31-30 defeat on Saturday.