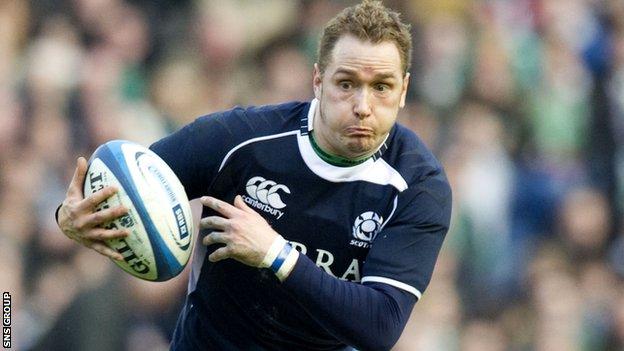 Parks won 67 caps during an eight-year international career that ended when he stepped down from Test rugby during the 2012 Six Nations.

The Australia-born 36-year-old was released by Connacht in April, following spells at Glasgow Warriors and Cardiff Blues.

"I feel incredibly fortunate to have been able to play a sport which I love for over 11 years as a pro," he said.

"My time in Scotland, Wales and Ireland has been the best years of my life, and I would like to thank all those who have contributed and helped me along this amazing journey.

"Of course, my highlight was being able to wear the blue of Scotland, and something I will forever treasure and hold very close to my heart.

"I plan to stay closely involved with the game, through TV, commercial work and coaching, and I am really excited about the future and continuing to be involved in the sport I am so passionate about and that has given me so much."

Parks, who qualified for Scotland via his Ayrshire-born maternal grandfather, made his international debut in February 2004 and played at the 2007 and 2011 World Cup tournaments.

He scored 266 international points, including 17 drop-goals - a Scottish record - before calling it a day after a 13-6 loss to England at Murrayfield.