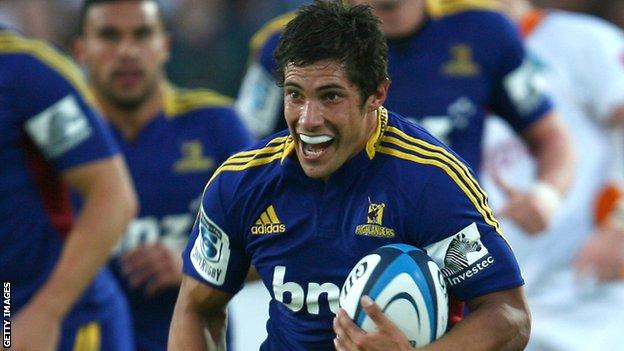 Edinburgh have completed the signing of fly-half Phil Burleigh from New Zealand Super 15 side Highlanders.

The 27-year-old, who can also play at centre, joins on a two-year deal and will arrive at Murrayfield after the conclusion of the Super Rugby season.

Having previously played for the Chiefs, he switched to the Dunedin-based province in 2012.

"I'm really excited about the new challenge at a proud club with growing ambition," said Burleigh.

"I've spoken to (head coach) Alan Solomons who talked me through his vision and the squad for next season and it sounds like he's building a good future for the club, moving towards competing further up the table and getting back into the European Rugby Champions Cup.

"I'm really looking forward to being part of that challenge and building for future success."

"This is excellent news for Edinburgh Rugby," Solomons told the club website. "Phil Burleigh is an experienced Super Rugby back.

"He is a very good player and comes very highly rated and regarded. He is a strong, physical, and intelligent player and that will be a big help to us.

"We've signed him primarily as a stand-off but he is also comfortable at 12 and 13, which is important, both in terms of intensifying squad competition and facilitating future rotation."