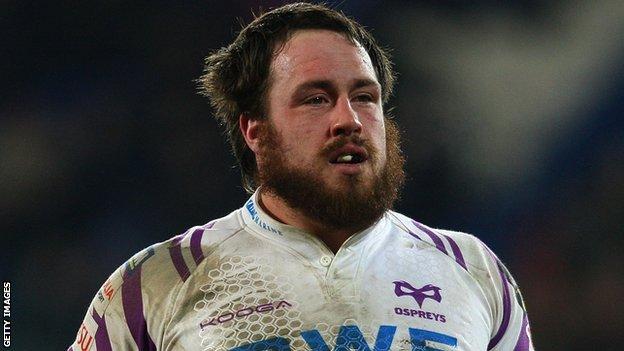 Prop Cai Griffiths has returned to Ospreys after being released by Aviva Premiership club London Welsh.

The 30-year-old Bangor-born tight-head made 123 appearances in two previous stints at Liberty Stadium.

He joined London Irish in August 2012, but was back in Swansea on loan six months later before spending 2013-14 with the Exiles.

Lock Rynier Bernardo has been recruited from South African side Eastern Province Kings, along with hooker Sam Parry from Dragons and loose-head prop Gareth Thomas from Carmarthen Quins.