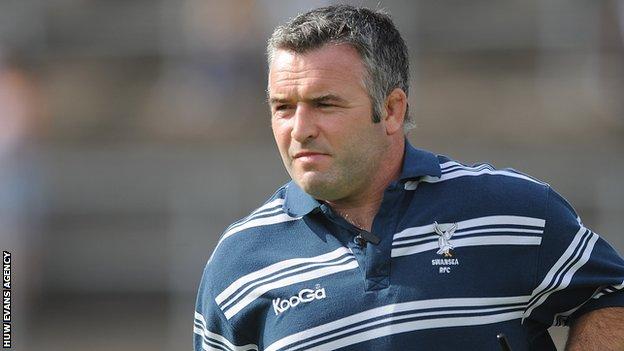 A 2005 Grand Slam winner, Davies, 41, has been given the title transition coach at Sixways.

He will help develop the club's academy forwards and assist with the club's senior pack.

The 41-times capped Davies, who has previously worked at Ospreys, is a former Swansea rugby club head coach.

"There are already some hugely talented young players in the squad who need to be nurtured in the most productive way," said Davies.

"I am also looking forward to working with first-team players ahead of what will be an exciting season so it is a great time to be joining the club."

Warriors director of Rugby Dean Ryan said: "Mefin was part of successful sides throughout his playing career and understands the environment needed to help players realise their potential.

"We have placed a significant emphasis on our academy structure as we recognise the importance it will play."

Worcester, who were relegated from the Aviva Premiership last season, travel to Bristol on the opening day of the 2014-15 campaign.

The 35-year-old, who spent two seasons at Sixways after signing from French giants Toulon in 2012, becomes the ninth departing Warriors players to fix himself up with a new club.

In addition, flanker Jake Abbott, who has not been offered a new deal at Sixways, is training with Worcester's Championship rivals Nottingham.