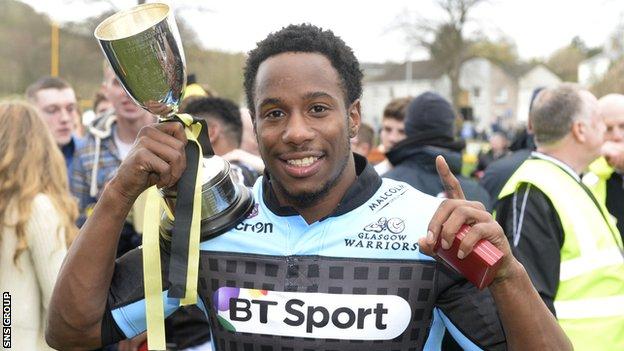 Isles, 24, has been described as the fastest rugby player in the world after changing sports from athletics in 2012.

He joined the Warriors in February and was a star performer in the squad that won the Melrose Sevens in April.

However, the aspiring winger did not feature at all in the fifteen-a-side game as Glasgow went on to reach the Pro12 final.

Glasgow Warriors head coach Gregor Townsend said: "Carlin has come in and trained really well with us, but he has decided he would like to concentrate on sevens and we respect that.

"It's an exciting time for the sport, with it set to debut at the Olympics in 2016."

"I'd like to thank Glasgow Warriors for giving me the opportunity to train with them over the last few months," he said.

"I've learnt so much from the experience and made some really good friends."