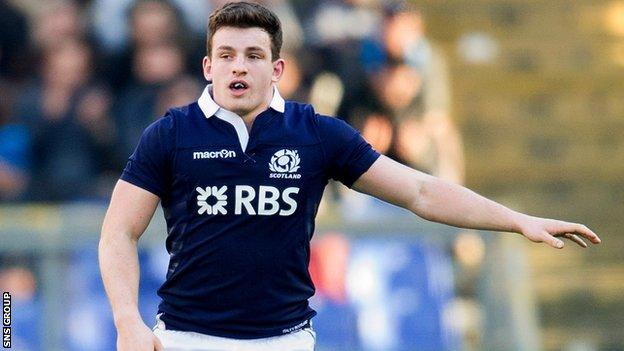 The 23-year-old suffered the injury against Leinster in the final game of last season and is expected to be sidelined until December.

Capped 21 times, Scott was an ever-present in this year's Six Nations campaign, but has yet to play under new head coach Vern Cotter.

Scott has a year left on his current contract at Edinburgh.

Back-row Mike Coman and props Willen Nel and Allan Dell have also gone under the knife and are set for lengthy lay-offs.

Winger Tom Brown does not require surgery despite sustaining knee ligament damage against Munster, but will not return until October after an operation to remove his appendix.

However, better news for Edinburgh is full-back Jack Cuthbert, who damaged his knee while representing Scotland in the Sevens World Series in London, is set to return in September.