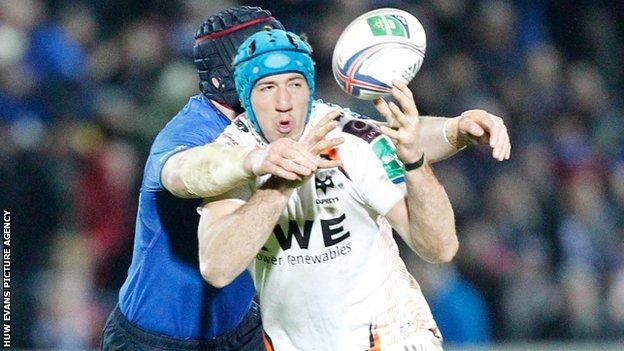 Wales flanker Justin Tipuric is on course to be available for the start of Ospreys' Pro12 season.

Ospreys say they are pleased with the progress of Tipuric and seven other players following surgery.

"The key for him now is a good period of physical preparation to allow him to hit his key targets over the next eight weeks ahead of his return to playing."

"All three of these started pre-season with the rest of the squad and are now fully integrated into the group, taking a full part in training," Towers added.

Towers said King would be integrated with the squad within the next two to three weeks while Peers would be available for August's pre-season games.