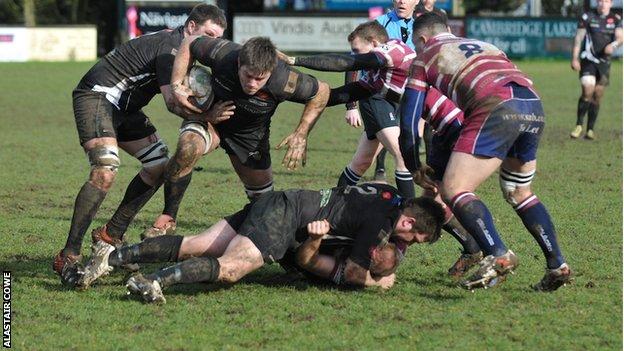 Launceston director of rugby Neil Bayliss says his side must improve their away form this coming season.

And having only lost just twice at home all year, Bayliss, is clear on where his side's problems lie.

"Our away record was very poor last year. We need to definitely work on that," he told BBC Radio Cornwall.

"Polson was a bit of a fortress for us last year, we only lost two games there, and we need to take that on the road with us."

With the acquisition of Cornwall and St Austell half-back Matt Shepherd and the re-signing of centre Ryan Westren, who has combined playing with a new coaching role, Bayliss believes there is a cause for optimism at the club.

"Westren has taken on a new role with us, he's now strength and conditioning coach, a role which I'm really pleased he's taken," he added.

"Matt Shepherd has come in and he's looking really sharp. I'm really pleased with him. It's going well so far."

The Cornish All Blacks have four friendlies before they kick off the new season at home to Bishops Stortford on 6 September.