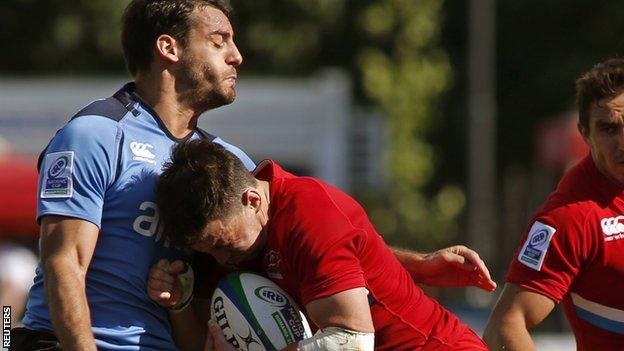 Uruguay will play Russia for the final spot at the 2015 Rugby World Cup in England.

The South Americans beat Hong Kong 28-3 to book their play-off berth, while Russia saw off Zimbabwe 23-15.

The two-legged repechage winner will contest Pool A honours against Australia, England, Wales - who are also hosting games - and Fiji.