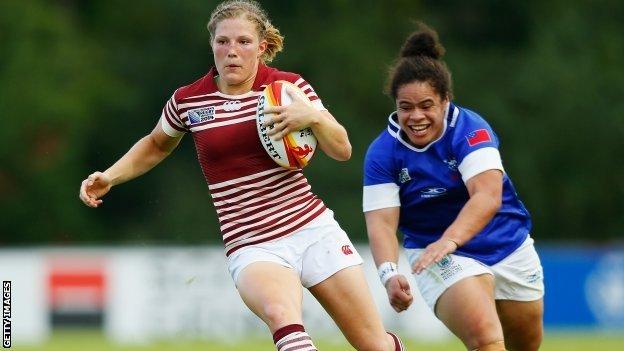 England wing Lydia Thompson has been forced out of the rest of the Women's Rugby World Cup with a groin injury.

The 22-year-old Worcester back, the youngest member of the squad, scored two tries in an opening win over Samoa.

She is replaced by Richmond's Natasha Brennan, 27, who has also played hockey for England, ahead of England's pool decider against Canada on Saturday.

"This is unfortunate for Lydia, but it is fantastic to call up Natasha," said head coach Gary Street.

"She missed out by the narrowest of margins."

England, having beaten Spain 45-5 in their second match on Tuesday, face Canada - who are also unbeaten - with the aim of securing top spot in their pool and a place in the semi-finals.