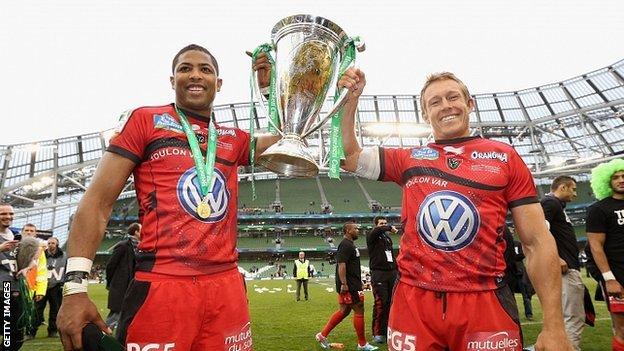 Wayne Pivac's side then host Leicester Tigers on Saturday 25 October.

Ospreys host Benetton Treviso in their opener before a trip to Aviva Premiership champions Northampton a week later.

The competition has replaced the Heineken Cup after a long-running dispute.

The new tournament involves 20 teams, rather than 24, with Wales represented by the Ospreys and Scarlets.

Five other Pro12 sides are joined by seven English teams and six from the French Top 14.

Newport Gwent Dragons and Cardiff Blues are involved in the European Challenge Cup which has replaced the second-tier Amlin Cup.

The Dragons are away to Stade Francais Paris in their opening fixture on Saturday 18 October with the Blues at home to Grenoble on the same day.

The Challenge Cup final will be played at Twickenham Stoop on Friday 1 May, while the Champions Cup decider is set for the following day at Twickenham.