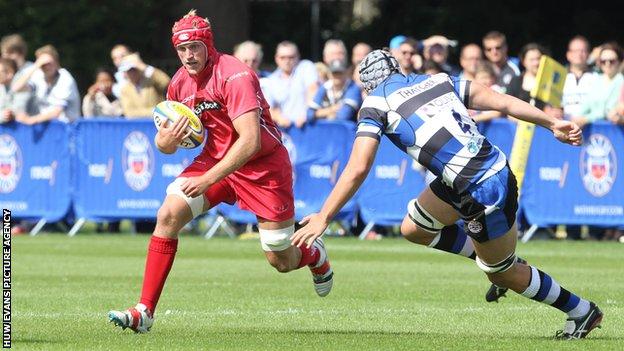 New Scarlets head coach Wayne Pivac saw his side held to a draw by English Premiership side Bath in a pre-season friendly.

Both sides scored four tries apiece in a game which saw different teams turning out for each half.

Centre Scott Williams featured for the Scarlets after his recovery from the shoulder injury he suffered during the Six Nations.

Olly Woodburn crossed for two of Bath's tries with Semesa Rokoduguni and Ben Williams also on the scoresheet.